Buckwheat has a high content of insoluble fibre which means that it lowers the chances of gallstones development. It lowers the essential for excess secretion of bile acids. Too much creation of bile acid increases the chances of gallstones development. Constant intake of insoluble fibre in the diet protects gallbladder health. Most of the research is made on animals but early research conducted showed a positive correlation. 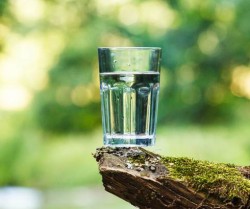 Eating foods high in insoluble fibre, such as buckwheat, can help women avoid gallstones, shows a study published in the American Journal of Gastroenterology.

Studying the overall fibre intake and types of fibre consumed over a 16 year period by over 69,000 women in the Nurses Health Study, researchers found that those consuming the most fibre overall (both soluble and insoluble) had a 13% lower risk of developing gallstones compared to women consuming the fewest fibre-rich foods.

How do foods rich in insoluble fibre help prevent gallstones? Researchers think insoluble fibre not only speeds intestinal transit time (how quickly food moves through the intestines) but reduces the secretion of bile acids (excessive amounts contribute to gallstone formation), increases insulin sensitivity and lowers triglycerides (blood fats). Abundant in all whole grains, insoluble fibre is also found in nuts and the edible skin of fruits and vegetables including tomatoes, cucumbers, many squash, apples, berries, and pears. In addition, beans provide insoluble as well as soluble fibre. 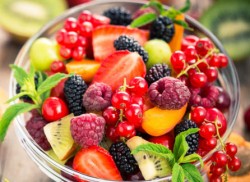