Buckwheat tops the charts in terms of rutin content. Buckwheat serves as the richest source of rutin of all foods, according to the Phytochemicals website. Research published in a 2006 issue of "Food Chemistry" notes uncooked buckwheat leaf flour offers the highest level of rutin -- 675 mg in a 1.1 cup serving, making it ideal for enriching other foods to get the most health benefits from ingesting this nutrient. 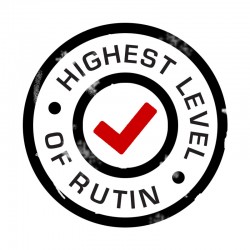 There is much less rutin in noodles (78 mg/kg, d.w.b. – dry weight basis) than in the dark buckwheat flour (218 mg/kg, d.w.b.) from which they are produced. One of the possible explanations is the presence of the rutin degrading enzyme. In raw (uncooked) groats there is 230 mg/kg (d.w.b.) of rutin and in precooked groats, 88 mg/kg (d.w.b.). In buckwheat beer and vinegar there is a negligible content of rutin. Buckwheat leaf flour contains about 2700 mg/kg (d.w.b.) rutin and is thus a suitable material for enriching functional foods, giving it the potential for preventive nutrition.

Extraction of Rutin from Buckwheat Seeds

The content of the flavonoid rutin was determined in different milling fractions of buckwheat seeds and in buckwheat stems, leaves, and flowers. The extraction was performed by using a solvent containing 60% of ethanol and 5% of ammonia in water.

The extracts were analyzed by capillary electrophoresis (running buffer of 50 mM borate (pH 9.3), 100 mM sodium dodecyl sulfate; determination at 380 nm). In bran fractions, the concentration of rutin was 131−476 ppm, and in flour fractions 19−168 ppm. On average, about 300, 1000, and 46000 ppm of rutin were found in leaves, stems, and flowers, respectively. The results indicate that buckwheat could be an important nutritional source of flavonoids, especially in countries with a low mean daily flavonoid intake. 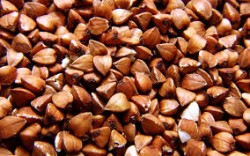 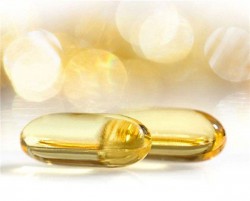 Rutin is an antioxidant with many interesting pharmacological effects. It can also be found in buckwheat (Fagopyrum esculentum Moench). UV radiation stimulates the activity of enzymes of the phenylpropanoid pathway and there is some evidence that it influences the rutin content in plants.

The aim of the present research was to examine the influence of different levels of UV-B radiation on rutin content and to compare the results obtained by three analytical methods.

The plants were grown under three UV-B levels: reduced, ambient and enhanced, simulating 17% ozone depletion. Analyses were performed by HPLC and two spectrophotometric methods. In one, the absorbancies were measured at 420 nm with and without the addition of AlCl. In another method, the concentration was calculated from absorbancies at 352.5 nm and 366.5 nm according to the Official Methods of Analysis of AOAC International.

The highest amounts of rutin were found in flowers, followed by leaves and stems. A comparison of the different treatments revealed that the highest amounts of rutin were in plants grown under ambient radiation, followed by the plants cultivated under enhanced UV-B and then under reduced UV-B radiation. Treatments caused more effect on leaves than on flowers. Leaves developed under ambient light conditions contained 97% more rutin than leaves grown under reduced UV-B radiation. In flowers, the contents differed by 19% only. The results obtained using the three methods showed a good correlation, but the absolute differences were surprisingly high. The AOAC and the AlCl methods gave, on average, 140% and 30% higher results than HPLC, respectively. 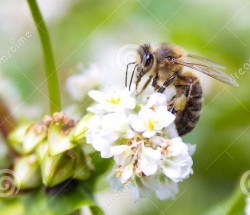 Sorry, the product is out of stock.